THE SOUND OF SHADOWS

A new documentary film by Jean Martin and Conall Gleeson, is released to coincide with the first UK retrospective of this pioneering artist's work

International artist Peter Vogel was pioneering interactive sound objects as far back as the 1970s  and has since had many solo exhibitions in New York, Japan and Europe. By incorporating microphones, photo cells and computer chips, his objects encourage viewers to create sounds, music, light and motion with their own voice or hand movements.

The documentary features Vogel at work in his Freiburg studio talking about his art and describing how he came to bring the element of time into his works. We also see him setting up his solo exhibition in the Galerie Lara Vincy in Paris in 2009. The documentary frames Vogel's work within  historical and contemporary contexts with contributions from leading commentators in the field of sound art, including prominent British writer and artist David Toop, Berlin-based Professor Helga de la Motte (who established sound art as an academic research field in Germany) and Matthias Osterwold (artistic director of the annual Maerz Music Festival in Berlin).

The DVD comes with a booklet containing essays about Vogel and the context of his work, all of which appear in both English and German and are available as PDFs on the DVD.

The documentary is published by WERGO to accompany Peter Vogel's first ever dedicated UK retrospective, which takes place in the Gallery of the University of Brighton from 14 October to 7 November 2011. It will be available in the Gallery from 20 Oct and online at www.soundbasis.eu and at www.wergo.de from 1 November 2011. 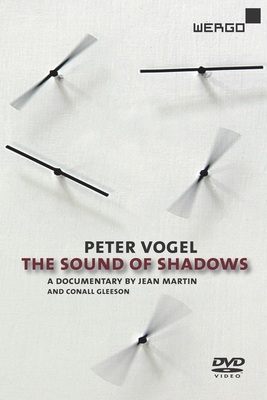